Archaeology of Bathing by Mal Booth on 500px  (public art, because I don’t like cats)

And so dear friends, Part 2 begins … having finished my sandwiches (as Gerard Hoffnung would say).

Do we really have a problem with low quality academic journals? This post by Witold Kieńć from openscience was made in late January, but I only found it this morning. He discusses the problems surrounding the hunt for better impact factors and the imperative to publish or perish in order to improve academic reputation. Witold asks whether low quality journals are really that much of a problem, but recognises the issue with predatory and poor quality journals. Whilst some see the latter as a waste of public money, Witold says they do no harm to knowledge development. Furthermore, if such publications are blocked we may well be preventing the development of excellent quality journals for years simply because they are new or innovating in new ways. Witold says the “noise” created by such journals can easily be filtered.

John Dupuis gathers and briefly analyses even more material on a similar subject in ScienceBlogs with his post Some perspective on “predatory” open access journals. John sees the need for more balance in reporting about predatory journals and more pressing issues in scholarly communications (i.e. flaws and limitations in the peer review system and the far more predatory traditional publishing system that is responsible for the big paywalls). He presents links to other resources discussing the major issues with a need for reform of peer review and to cases of significant retractions or scientific fraud that got past peer review in traditionally published journals. Finally he presents some very interesting links to articles since early 2014 that point out the ways the major commercial publishers are still controlling scholarly publishing and charging enormous amounts of money for it, even open access material.

A related article that I read only recently was published by the Huffington Post late in 2014. It was written by Jason Schmitt and titled Academic Journals: The Most Profitable Obsolete Technology in History. Jason highlights the unsustainable and unaffordable nature of the current publishing system for academic journals. “In contrast to the exorbitant prices for access, the majority of academic journals are produced, reviewed, and edited on a volunteer basis by academics who take part in the tasks for tenure and promotion.” This costly system causes problems for even the wealthier institutions like Harvard, but he says it wreaks havoc on smaller US institutions. (And I can assure you that it is just the same for Australian institutions.) Steep prices are further compounded by big deals and costing models where institutions are forced to buy packages including many titles that will never be used. The article questions whether we now need journals as they were traditionally conceived, i.e. in the days of print publishing. He suggests that a digital revolution is now possible for academic researchers which would remove most costs from the current system and be more suited to digital publishing and hosting. One major problem with this brave new world is the conservative nature of most academics who still seem to be quite comfortable with the current environment. But funding heavy weights such as the US NIH and the Bill and Melinda Gates Foundation are throwing their support behind open access and this could point to change. Finally, Jason points out “we, the people, deserve access”.

I’ll finish Part 2 with a link to a short film about the Hague Declaration that is to be launched on 6 May in Brussels. This declaration is still in draft form (so you won’t be able to read and sign it until after it is launched), but it aims to improve access to facts, data and ideas for knowledge discovery in the digital age, so it nicely connects to the sentiments expressed by Jason above. Their aim is to remove the barriers to access and analysing knowledge and data. The short film about it can be viewed here: https://vimeo.com/118462366  I think this is something all librarians should get behind. 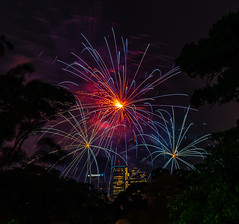 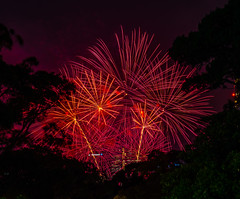 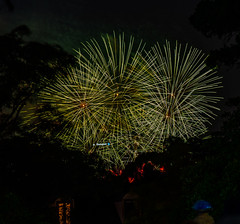