I started again with podcasts because my music collection was starting to bore me and I walk just about everywhere listening to either an iPod or something on my phone. I bought a new Alfa recently and my phone automatically connects via Bluetooth, so I try to keep the latest podcasts ready to go for driving too.

I blame Sarah Koenig and Serial (see below). I just could not get enough of it and I’ve enjoyed both seasons released to date. I’m slightly obsessive-compulsive, so after the second season of Serial I needed to find all the podcasts about Serial and that led me to many other true crime podcasts of a similar ilk.

And so dear reader, here is a listing of those I’d recommend for you. Just you, not that dull bloke sitting behind you in a blue shirt. But first, an unrelated image:

These podcasts are all available in iTunes:

Criminal – one of the major crime podcasts that really got it all going and set a bench-mark in production quality. It is hosted by Phoebe Judge and like her colleagues, she has a background in public radio. This podcast tells stories of “people who’ve done wrong, been wronged or gotten caught somewhere in the middle”. I’m really enjoying it and they now have over 50 episodes online.

Up and Vanished – I’m really enjoying this podcast by young documentary film maker Payne Lindsey. The sound editing is superb and I really enjoy his voice. Payne investigates the unsolved disappearance of Tara Grinstead 11 years ago in a small town in Georgia.

… These Are Their Stories: The Law and Order Podcast – this is devoted to that long running TV series and all its spin-offs – Law & Order. It is presented by Rebecca and Kevin from Crime Writers On and they usually have a special guest for each episode which focuses on an episode of either L&A “original recipe” or one of the franchise varieties, like SVU. All of the episodes I’ve listened to so far have been pretty funny and they deal with all kinds of matters like Lenny Briscoe’s best wise-cracks or Olivia’s acting, make-up or hair styles or the various actors that have been featured as guest stars or long running characters. Very entertaining.

Undisclosed – this one can get very detailed and might be best left until you’ve listened to a few of the others, including Serial as that is what inspired this podcast. It investigates wrongful convictions and the US criminal justice system, sometimes finding new evidence that did not make it to court. In Season 1, the focus was on Adnan Syed from Serial Season 1. In Season 2, which I am just starting now, they look into the conviction of Joey Watkins who is serving a life sentence for the killing of Isaac Dawkins in 2000. This case came to them from the Georgia Innocence Project. His conviction does seem to be unfair on the face of it.

Accused – this is a superb podcast on the unsolved killing of Elizabeth Andes in her Ohio apartment in 1978. Police quickly focus their attention on her boyfriend Robert Young and he was coerced into a confession by local police, but he was acquitted at two successive trials, so did they ignore critically important evidence and also ignore other suspects?

Offshore – presented by reporter Jessica Terrell this is another well-produced and thoughtful podcast that investigates injustice and exposes racial tensions in the underbelly of Hawaii. It tells of the tragic killing of Kollin Elderts by off-duty State Department agent Christopher Deedy and also a killing that happened 80 years earlier when another native Hawaiian, Joseph Kahahawai was brutally murdered by a Navy officer, Lt. Thomas Massie and his eccentric mother-in-law.

SBS True Crime Stories (season Three) – this series was inspired by the Deep Water series including a drama, documentary and online investigation of a series of gay-hate murders in and around Sydney in the late 1980s and 1990s. The podcast focuses on Adelaide’s gay-hate murders that stretch back to the 1970s. It is a very disturbing series.

In The Dark – Most of the podcasts in this listing are about unsolved crimes or wrongful convictions. This podcast was to be about an unsolved child abduction, but just before they started the podcast the abductor and murderer turned himself in and confessed that he was guilty of this crime. So the presenter, Madeleine Baran instead focuses on how law enforcement authorities mishandled this case and how that failure in part led to national anxiety about stranger-danger and sex-offender registries. Really well produced and the tragic tale gets you in on so many levels and from very different perspectives – victims, victims’  families, offenders who have done their time, offenders who are never caught, and law enforcement.

Serial – This is the one that started it all for me. It is hosted by the wonderfully unique Sarah Koenig and produced by Sarah and Julie Snyder. It is so good that this podcast has many podcasts about it (such as Crime Writers On and Undisclosed) and its own thread on Reddit. The first series was about the murder of a young woman, Hae Min Lee in Baltimore by her boyfriend, Adnan Syed, who has been in prison ever since and who has just had his conviction vacated as a result of this podcast. The second series was about a US serviceman, Bowe Bergdahl who wandered off-base in Afghanistan only to be captured by the Taliban and held prisoner in terrible conditions for several years. He was eventually released in exchange for five Guantanamo Bay detainees, but now faces military charges for desertion and possibly treason. A third series in in the works now. It is one of the most downloaded podcasts ever.

Crime Writers On … – These guys started doing a podcast on the Serial podcast, but now they cover other journalism, crime and crime writing, pop culture (hit shows like The Night Of, Game of Thrones and Stranger Things) and just general junk. They are pretty funny and also review other podcasts, so through them I was encouraged to listen to things like Accused, In The Dark, Phoebe’s Fall, Offshore and Up and Vanished.

Phoebe’s Fall – This is another sad and very brutal tale that I didn’t really want to get hooked on at first. It is well presented and produced and  there is something just not right about the circumstances of her death: managing to get herself into a high-rise garbage chute and then plunge 40 metres, feet first down the chute before progressing through the compactor and then bleeding out.

Bowraville – Dan Box from The Australian newspaper investigates the unsolved murders of three children all killed within five months and all living on the same street. Very good journalism and well produced sound. Didn’t want to get hooked but I did and very quickly.

My sincere thanks to all the people making all these podcasts. 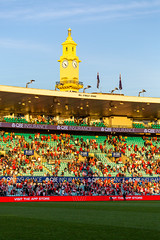 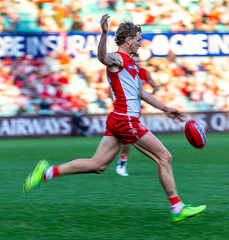